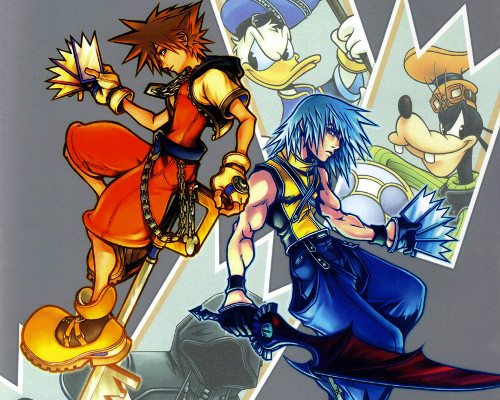 Kingdom Hearts: Chain of Memories is an action-RPG game published by Square Enix on the Game Boy Advance (GBA) platform. All PlayStation or PlayStation 2 gamers out there would have played, if not heard of the name of the game before — “Kingdom Hearts”.

It was such a hit back then when it first came out! And Kingdom Hearts: Chain of Memories is the direct sequel to the first Kingdom Hearts game. It basically plots the context for its sequel (yes, another sequel) that was planned to release on the PlayStation 2 platform.

Having played the first game, I have really high expectation from this sequel. Not that it was a total letdown, however, there were some flaws which made me felt a little disappointed. For instance, the game’s new battle system — it was a real-time card-based battle system.

It was fun to begin with although there was a bit of a learning curve. However, it becomes really repetitive very quickly, and to add on to the dullness — when you ran out of cards, the battle would become extremely tough.

Yes, you still get to run and jump around, but it was more of a luck element (random cards) rather than skillfully evade the enemies’ attacks and counter attack them, etcetera.

To be fair, there were good points about the game too — the graphics were one of the best on a GBA platform, and it has nice cutscenes at times. Also, they introduced several new Disney characters which makes the game even more interesting.

New characters aside, the existing characters from Final Fantasy has already made me want to play this game so much. So many familiar faces that brings back memories — chain of memories indeed.

Succinctly, Kingdom Hearts: Chain of Memories is definitely a must-play for all Kingdom Hearts fans out there who haven’t played it yet. In today’s technology, one can easily access to its prequel and play the all-time epic hit — Kingdom Hearts; and then go for this sequel, and eventually Kingdom Hearts 2. Square Enix or Final Fantasy fans should not miss this too — and also check out the Disney characters 😉