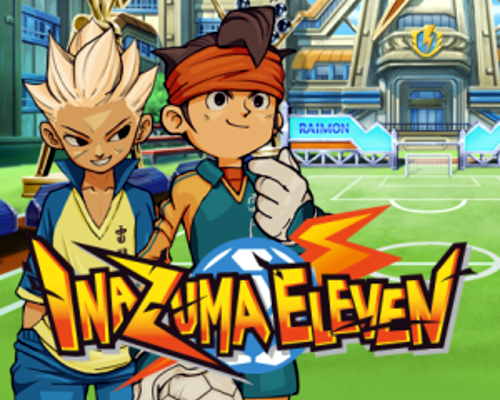 Inazuma Eleven is a soccer-related RPG game developed on the Nintendo DS platform, published by Level-5. The storyline is directly incorporated from its anime with minimal modification to the main story line. Anime wise, you can probably stream it on websites like EyeOnAnime or KissAnime.

The story (both anime and game) focus on the main character, Endou Mamoru (or Mark Evans in game), a very enthusiastic and talented goalkeeper in the Raimon Junior high school. As the grandson of Endou Daisuke (or David Evans), one of the strongest goal keeper in Japan, Mark inherited some of his grandfather’s very strong special techniques.

In terms of the game itself, it is pretty fun — a very smart way of merging soccer and RPG game together as one. You get to recruit (more than 1000 players available for selection) and train your players according to their respective position on the field. You also get to buy equipment and skills for your players to strengthen them up.

During random battles, player are required to fulfill a random objective within a time limit. The types of random battles are for instance, snatch the ball from your opponents or to score the first goal.

It is worth mentioning that this game require a certain amount of thinking and strategising. As energy, or TP (like magical power of most RPG game) is consumed upon using super shot or super keep (basically, special skills). As such, you have to always make a decision on whether to use them. At the same time, you can trick your opponent into wasting their TP too.

Overall, this is a highly addictive game which require concentration, strategy and swiping of your fingers. Inazuma fans should try it. I love this game even though I hate its sequel, Inazuma Eleven 2, which force players to retrain their characters from scratch again.