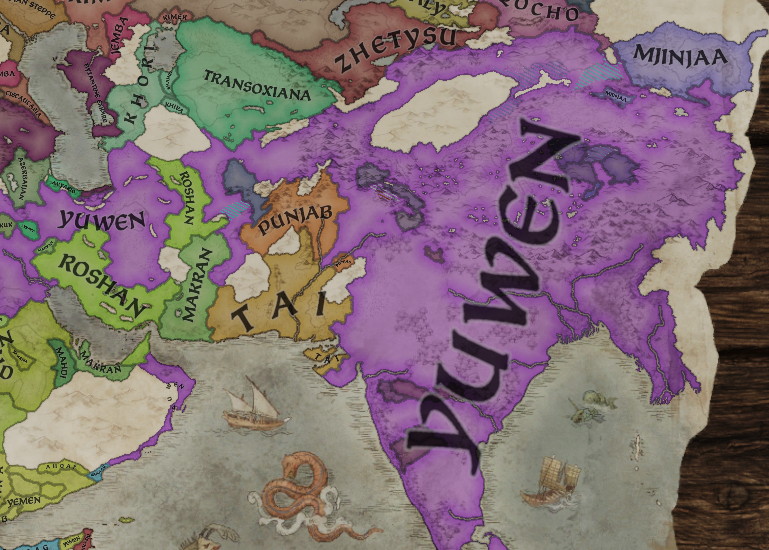 This is a continuation from my previous post on Crusader Kings III Game Review Part 1. If you like to play games that are a mix of the Role-Playing (RPG), strategy planning, resource management and simulation genre, then you should definitely check out the Crusader Kings III (commonly known as CK3)!

Every warfare has to be supported by a Claim

To talk about warfare, you have to understand the reasoning behind every war in history! Just kidding. But you will need to understand the rationale of starting any warfare. As an example of what it truly means by every warfare has to be supported by a Claim, let’s start by looking at the following screenshot, it was taken from one of my own play-through:

With the above information, we know that my cousin holds the title of the Queen of Khorasan, with my other cousins or her own children being her Heir. All of these potential successors has Implicit Claim, which is a claim that is there because of the family lineage. In this case, for any reason, if the County of Guzgan belongs to a foreign ruler, based on the concept of De Jure Duchy, you can start a warfare to get back the County of Guzgan.

This is a commonly mistaken concept! Many players think that starting a warfare would always be a waste of resource, hence many players would choose to go the diplomacy path and focus on gaining alliance and gaining rights to land through political marriages. While this method could work, it does not work all the time, depending on the faction you chose as well as the factions surrounding you.

Knowing when to start a warfare and being able to win it swiftly is a skill you have to possess and definitely, with (or without) practice, you will be able to do it! If you don’t conquer land, you won’t be able to gain more gold through higher income tax.

Now, apart from gold, you also need those County’s land to construct City or Temple to help you gain even more resources. After which, you can construct Holdings, which further help you gain more resources. For instance, having a temple will help you earn more Piety resources per turn. There is much more to the beauty of constructing building, if this interests you, please feel free to leave a comment below and I will get to it!!

As shown in the sample screenshot above, every time you start a warfare in Crusader Kings III, you will see that there has to be an Objective and also a list of Demands that will be fulfilled if you win the specific war, such as gaining Fame and getting the claimed land, which is a County, Duchy or any other type of Land which should rightfully belong to you.

Something not commonly mentioned is that for every battle won, depending on its scale, you get to earn more Fame. Just like Piety and Gold, Fame is also a form of currency in Crusader Kings III! Man, this game is very complex!

Oh and I have to mention that this game has received an overall “Very Positive” reviews on Steam so far based on over some 34,000 reviews! If the figures are new to you, just know that this is an outstanding endorsement by the gaming community! And among the very little bad reviews, I read them, and most of the things that they picked on is that the war is too simple, with just two solder hitting each other with little animation.

Well, what else do you expect? The above is indeed, what you see when two other nations are fighting each other. I don’t find it a problem. When our own army is fighting, we also get the same two solders with minor differences fighting one another on the map, but man, it is very different!

There are many things you need to plan before starting the war. First of all, the choices of units for your Man-at-arms is important and it takes time to raise them. Yes, you don’t just immediately get troops dropped from the sky. You have Levies in each County and these Levies will be deducted as you form your Man-at-arms, which is essentially your army. After a war is started, you need to raise them and it takes another few months in the game to gather them together before you move out to fight with your enemies. What does this means?

You have to plan in advance! You cannot wait until a war has break out before you start planning your troops. Everything must happen concurrently and you have to look at your surroundings too.

Keeping a bunch of troops in your County with no on-going warfare will waste your limited Gold (a currency in the game) and each troop types that you can setup as your Man-at-arms actually matters, as they are all good against certain type of other troops as well as different terrains.

You have to study your surroundings in advance, identify what your enemies would be using, plan sufficient troops to effectively defend your nation while still not waste excessive gold in achieving that goal.

In addition, you need commanders and their Prowess attribute matters! Prowess directly affects your commander’s effectiveness in duel and you need to take all opportunity to execute the Decision of Inviting Champions and Knights whenever it is available, so you can get some reliable commanders to lead your army.

Anyone whom has played enough simulation game would understand how all the abovementioned values could be added up to form a pretty realistic figure of how a battle is going to be carried out between two armies.